The General compiled a list of factors that may contribute to higher car insurance rates, including data from the Insurance Information Institute, the Bureau of Labor Statistics, the National Highway Traffic Safety Administration, and other industry sources and news coverage.

Shortages of parts and new vehicles, waves of retiring mechanics, and deadlier roadways are changing the automotive insurance landscape for insurers and you—the driver. That's on top of the fact that the value of new vehicles has skyrocketed since 2020, charting their largest gains in 2021 as Americans returned to offices, restaurants, and social events again, pushing up demand for both new and used vehicles.

New vehicles have sold for above sticker price for nearly a year and a half now, according to Kelley Blue Book. New cars cost 18% more in October 2022 than they did in October 2020, according to the BLS. Meanwhile, used car prices increased by 29% over the same time period.

Generally speaking, any form of insurance is premised on complicated financial schemes that balance cost and risk while also turning a profit and sheltering consumers' exposure to financial ruin. Most states have laws that require drivers to carry a minimum level of automotive insurance to help spread out risk.

When an insurer has to pay out more in claims than it takes in through premiums, the company could become insolvent and collapse. Therefore, insurance companies are constantly evaluating and adjusting the amount of money they need to collect in premiums—either semiannual or annual charges, often paid in monthly installments—to avoid taking losses.

Of course, insurers also evaluate how much to charge a client based on their assessment of how likely it is the client will trigger reimbursement for damages. And those factors can extend well beyond just the client's driving record to include their education level and occupation.

"Underwriting losses are expected to continue as more rate increases are needed to offset catastrophe and economic and social inflation loss pressures," Jason B. Kurtz, a principal at financial consulting firm Milliman, said at a virtual industry conference in November.

The Insurance Information Institute's chief insurance officer is projecting rates will have risen 8.8% over the course of 2022 and are on pace to rise another 8.9% in 2023. The institute points to difficult economic conditions as well as climate disasters as reasons companies are anticipating losses in the coming year. Hurricane Ida's impact has already bankrupted 11 insurance agencies since it made landfall in August 2021, and the aftermath of 2022's Hurricane Ian could do further damage. The median pay for auto technicians and repairers surpassed the $22 per hour national median for all occupations in 2021. They now earn a median pay rate of $22.55 per hour, a 6.4% increase from 2020, according to the Bureau of Labor Statistics.

The workers who put your car back together after a wreck command more wages as the veteran trade workers who retire from the workforce. Dealerships and lobbying groups have struck partnerships with schools and nonprofits in recent years to train the next generation of auto technicians. Their jobs have become increasingly technologically advanced as cars are loaded with more computer parts.

The costly dilemma for drivers is only anticipated to continue for the foreseeable future at least. The Bureau of Labor Statistics anticipates the number of auto technicians employed in the U.S. will remain roughly unchanged through the end of the decade. 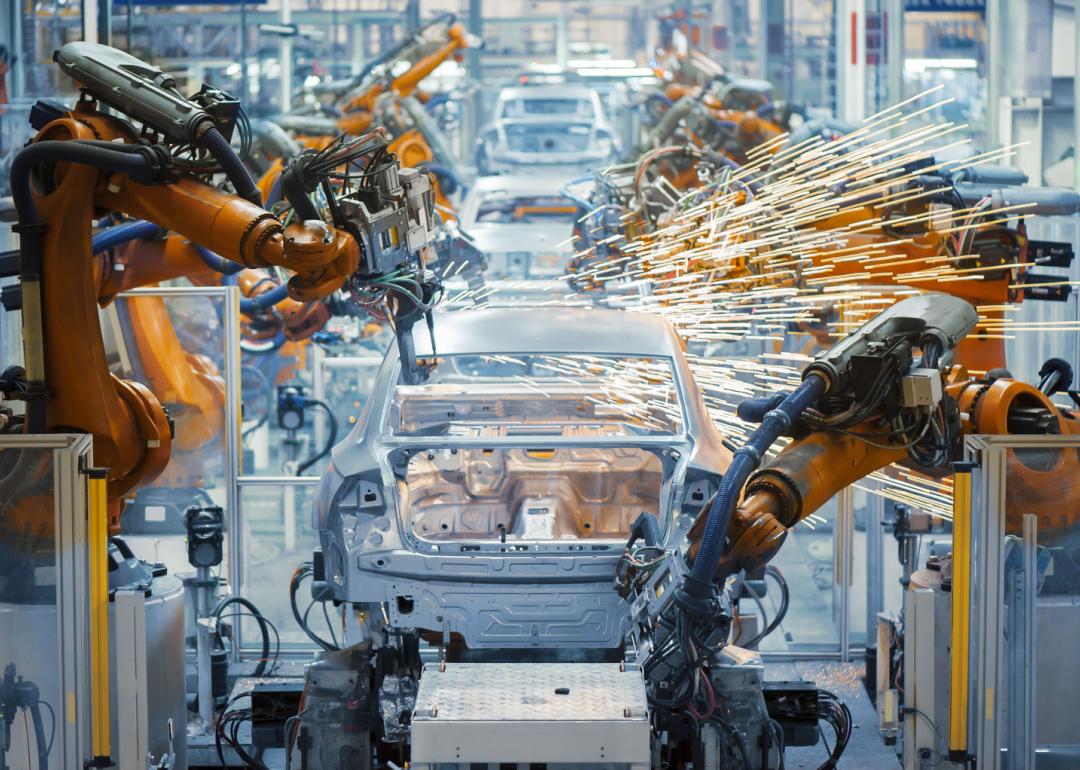 Due to production challenges introduced by COVID-19 and varying government mitigation plans worldwide, new vehicles are also in short supply. With high prices on the ones that are available, drivers are keeping the cars they have longer. The median car on American roads is older than ever and may need more frequent maintenance.

Car parts are in high demand this year, but parts-makers are still working to catch up to that demand, according to a report from collision repair tech firm CCC. Combined with difficulty finding workers, vehicles are taking longer to repair and causing consumers to use rental cars for longer—another additional expense for insurers. Repairs took 2.1 days longer in 2021 compared to 2019 on average, per CCC.

Adding to costs, rental car agencies spent the last several years selling their inventory to cover expenses in downtimes. They, too, are struggling to purchase new vehicles, sending prices up for the cars they do have available. 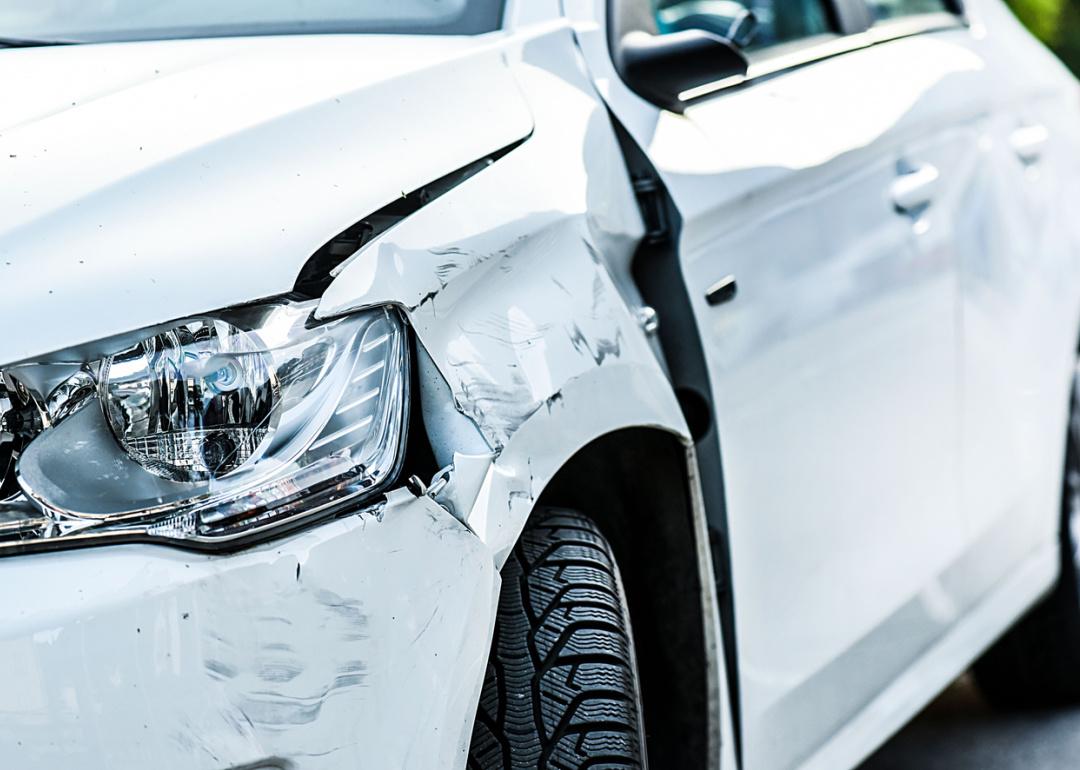 Traffic accidents and roadway fatalities are seeing an unfortunate upward trend. Between 2020 and 2021, fatalities resulting from automotive collisions spiked by 10%. A greater share of those deaths was seen on urban as opposed to rural roads in 2021, according to the National Highway Traffic Safety Administration.

And the spike in deaths and accidents comes as medical care costs are also rising. The average cost of medical care increased 6.5% from October 2020 to October 2022, the most recent month for which data is available from the Bureau of Labor Statistics. 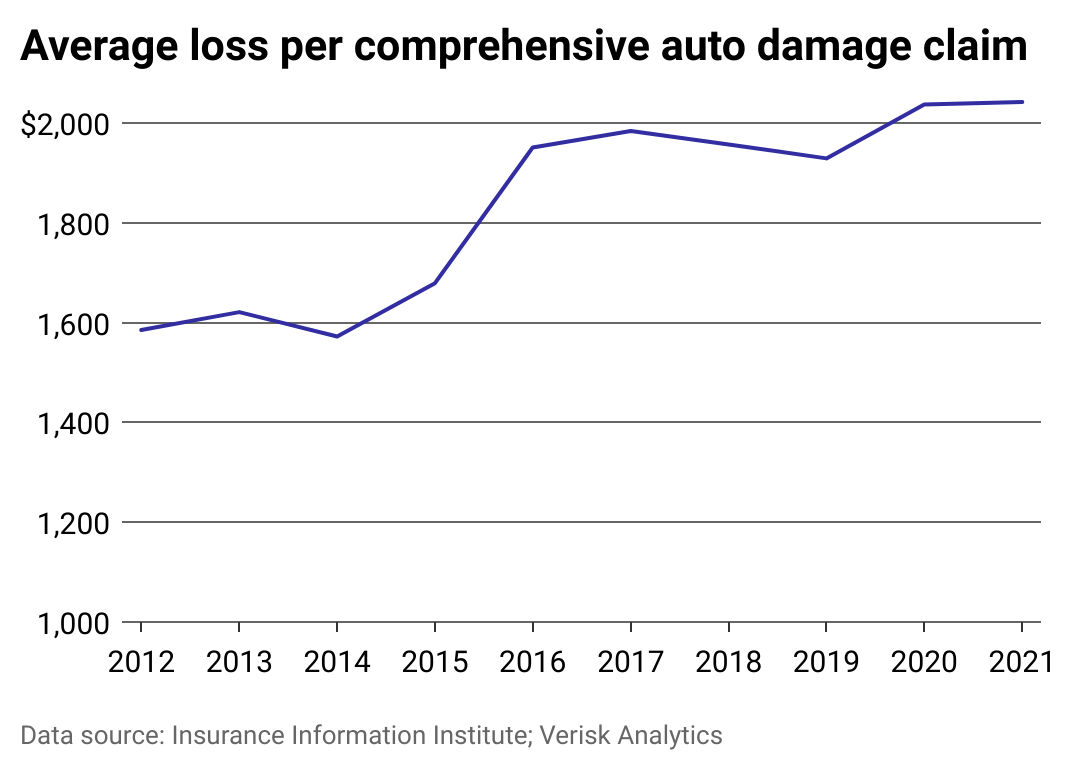 These factors combine to generate deeper losses for insurance companies in 2021 than any other year in the preceding decade. Not only are costs per claim going up, but comprehensive damage claims are being filed more frequently, according to the Insurance Information Institute. That coverage insures a vehicle against forms of damage not related to a collision, like storms. 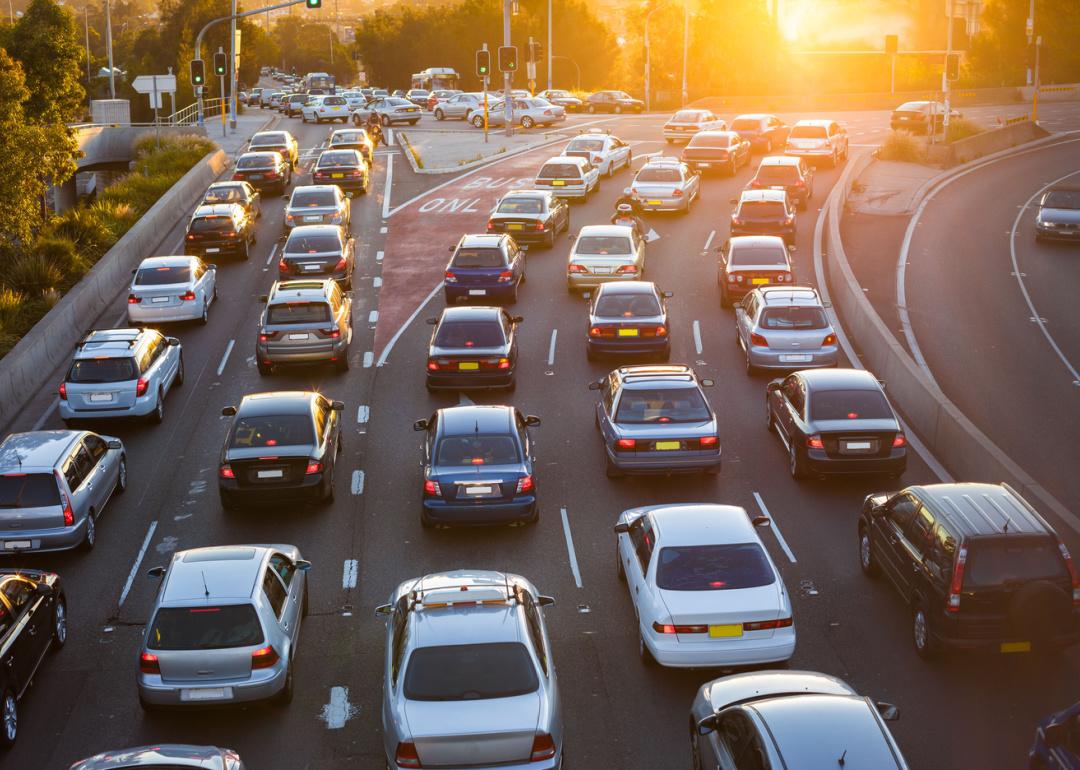 Following the easing of lockdowns and other COVID-19-related restrictions, Americans started traveling a whole lot more. To the dismay of airlines, interstate business travelers have not returned to the skies very quickly. By contrast, travel by automobile—whether road trips to visit family or for leisure, and even commuting to work—picked up quickly. That trend is especially apparent in travel for retail and recreational reasons, which was down 16% from pre-pandemic levels in October 2020 but was just 9% down from those levels in October 2022, according to Google mobility data.

This story originally appeared on The General and was produced and
distributed in partnership with Stacker Studio.

Highest-grossing actors over the age of 50

States with the biggest gun industries

Highest-paid players in the NBA